As humans, we’ve grown accustomed to the more common diseases that affect us. From the common cold to cancer, there are some diseases that are so common that they’ve essentially part of collective humanity across the world.

There are a few diseases, however, that are so obscure and so rare that they’ve remained somewhat of a secret to the mainstream public. These are diseases and conditions that are best known in the medical community, and are sometimes so bizarre and otherworldly that it may seem like they were pulled straight out of a work of fiction.

Stone Man Syndrome, also known as fibrodysplasia ossificans progressiva, is a genetic disorder that slowly turns soft tissue like muscle into bone. The gene that’s related to the disorder can be found in bone, tendons, ligaments, and muscle, and regulates the development of those tissues as the body grows older. Sometimes this gene can mutate rarely, and will turn the sufferer’s body into nothing short of a nightmare as their muscles and soft tissue turn into bone. It’s a disorder that only occurs in every 1 in 2 million people, making it one of the rarest in the world. It currently has no cures or treatments, and is ultimately fatal.

Xeroderma Pigmentosum, commonly known as Vampire Syndrome, is a rare condition that around 1 in 1 million people suffer from. For a healthy human, the sun is required in order to synthesize the correct amounts of Vitamin D, but for those with Vampire Syndrome, they can’t remain in the sun for any amount of time due to their high sensitivity to UV rays, meaning it’s better for them to stay indoors and enjoy online bingo bonuses in the UK. Xeroderma Pigmentosum is caused by a very rare recessive mutation that affects the repair enzymes found in skin. For a person that suffers, any DNA damage to the skin from sun exposure cannot be repaired, leading to long-term damage and a much higher rate of cancers. 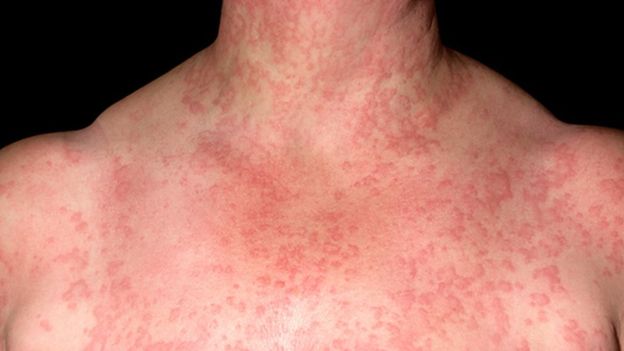 Almost all living, multi-celled organisms on the planet are made up of water, which means that having a water allergy is almost like being allergic to yourself. Aquagenic urticaria isn’t a true allergy, as it doesn’t trigger a histamine response, there are some people that do develop physical symptoms from explore to water on their skin. It’s a rare condition, and medical practitioners still aren’t fully aware of the triggers of this condition, or how to treat it.