What Our Ancient Ancestors Ate Daily

The palaeolithic diet has become increasingly popular around the world and is based on what our most ancient ancestors would eaten over the course of a day. The idea is that their diet consisted mainly of hunted game, that would be consumed with a variety of different vegetables, fruit, berries, nuts, tubers, and leaves. The most common theory is that our ancestors were primarily meat eaters, and this is such a prevailing theory that many people believe that eating meat was one of the main reasons that our brains developed at such a rapid pace.

But more and more evidence is coming to light that our ancestors were largely vegetarian, and while there’s no doubt that they did consume meat regularly, it would have made up just a small portion of their diet.

The Timing Is Everything

It’s important to keep in mind that human history is extremely long and complicated, and that basing a diet off of a single point of history does not paint a true picture of what our ancestors ate. For instance, when the African jungles were more prolific and widespread, our ancestors would have focussed much of their energy on acquiring almost everything they needed for plants.

Some studies suggested that they consumed around 100 grams of fibre a day, something that could only be accomplished with a diet that was almost entirely based around eating plants. This evidence is somewhat supported by what our closest relatives – the gorilla – tend to consume day-by-day, which is primarily leaves, fruit, tubers, nuts, insects, and every now and again they will hunt and eat meat.

Meat, however, is a rare treat among primates and monkey, who much more commonly eat a mixture of plant-based foods. 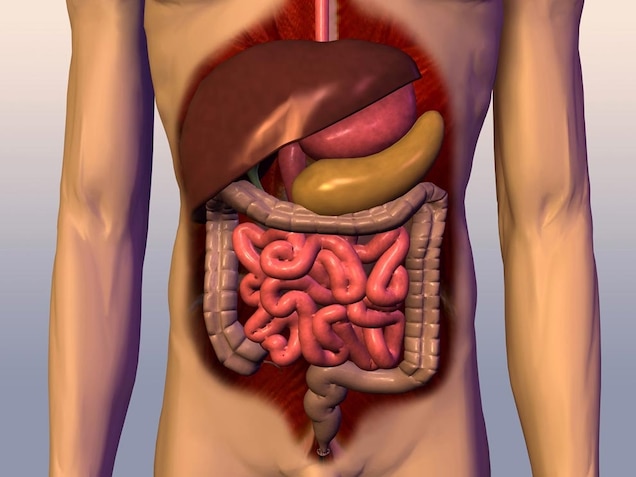 Not every digestive system is the same, and there are some genetic differences depending on where a person is and whether their ancestors once lived in the region.

For instance, those living in the northern areas of Russia tend to have longer colons than those living in Africa, and it’s speculated that this adaption is due to the fact that the ancients of Russia would have consumed more eat in an area that’s generally devoid of a lot of plant material. But even then, the evidence still suggests that at an anatomical level, the human digestive system was designed from the group up to eat mostly plants, and then insects, and it only has the capacity to successfully digest meat in small portions, and not on a regular basis.

What We Should Be Eating

More and more evidence is mounting that our diets should be primarily based on plants. In general, most people are not getting the amount of fibre that we need, nor are they eating enough leafy greens, which is as easy as eating a small salad while watching TV or enjoying Canadian gambling online. Meat consumption has increased over the years, but so too has cardiovascular disease as well as cancer, and recent studies suggest that it’s our move toward a more meat-centric diet that is to blame for the prevalence of once rare diseases.