5 Things You Never Knew About Google

Google wasn’t always know-it-all Google. In fact, Google wasn’t always even a verb – it was a wee little dog who could be made to “go fetch” by internet users. But the littlest fish in the pond soon grew up to be the biggest shark in the ocean and today, little-Google-dog has much bigger fish to fry than running around after random links.

Which brings us around to the first thing you probably never knew about Google: it was initially named BackRub. Originally a concept “web crawler” developed by creators Sergey Brin and Larry Page, the 1996 version of the search engine was little more than a nod to retrieving backlinks and connecting titbits. BackRub made its home on Stanford University’s servers for roughly a year before it eventually got called out for hits insane hunger for bandwidth. Imagine!

Can You Hear It?

The second thing you probably never knew about your favourite search engine is that the name “Google” is actually a play on the mathematical term “googol”. So much so that many ended up wondering if “Google” was in fact simply a misspelling of “googol”.

Google’s doodle’s have become every bit as famous as the world’s largest search engine itself. Not everybody knows that the very first Google doodle was a stick figure of Burning Man. The 1st doodle that ever went live was in fact an out-of-office message of sorts. Page and Brin in 1998 merely wanted to inform folks that they had left the “garage” and had shipped off temporarily to the iconic Burning Man festival.

Wacky fact number four: Gmail was launched on April Fool’s Day. No, really. Gmail was unveiled in April 1, 2004. The initial idea was to toy with Silicon Valley’s tradition of April Fool’s jokes and pranks. Wildly successful, the announcement was instantly assumed to have been nothing more than a joke. What it did turn out to be was a brilliant double-take on what it wasn’t: Google Gulp. Its today a server that serves literally millions of email users all over the globe and anyone who has won big placing NRL bets online knows what it’s like to get a winning email notification on that platform. 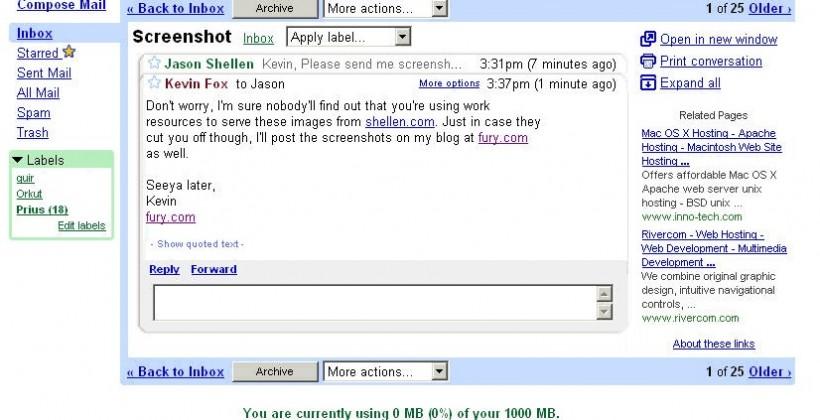 Fact number five – perhaps the craziest of them all – is that Google negotiated its acquisition of YouTube over a couple of mozzarella sticks at Denny’s. Ironically enough, Denny’s was identified as the best place for shaking hands on one of the biggest deals to have gone down in the industry because of its having been a place neither YouTube co-founder Steven Chen nor any decision-makers from Google would ever be expected to frequent.

The office was a no-no and so Denny’s proved the perfect multi-billion-dollar hideout for the shaking of hands and breaking of the cheese. $1.65 billion was decided over the humble Denny’s Mozzarella cheese stick. A humble but strangely befitting beginning to a deal that would ultimately look on as YouTube skyrocketed to eventually becoming the World Wide Web’s most popular video platform.