5 Films With The Most Difficult Productions 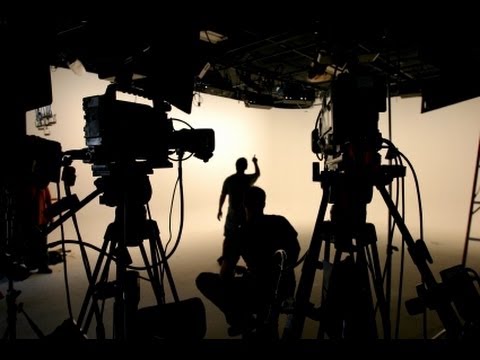 In the world of movie making, it is commonly said that what can go wrong, will go wrong. Nothing could be truer, given that some productions are so troubled that you would think they were doomed. Some even believe these productions were genuinely cursed, given how astonishingly difficult they were from start to finish.

As far as films go, Apocalypse Now is basically a legend. Directed by Francis Ford Coppola in 1979, and going on to be nominated for a Best Picture Academy Award, the production was so difficult as to be turned into a feature length documentary.

Among the most infamous setbacks; Martin Sheen had a heart attack on set, multi-million dollar sets were destroyed by bad weather, and Marlon Brando, Hollywood gold at the time, turned up overweight, and almost always fall-over drunk every day he was needed.

James Cameron is Hollywood royalty, and for good reason. But few seem to remember The Abyss, mostly because it wasn’t the enormous success of his other, more famous productions. But the shooting conditions of the film have certainly become legendary. Given that the film narrative takes place mostly underwater, the ever ambitious Cameron decided that the movie had to be shot mostly underwater, despite the incredible challenges.

Film crews and cast members spent up to 5 hours at a time in the 7.5 million gallon water tanks, specifically created for the shoot. Reports claim that 70 hours were spent a week in strenuous working conditions, and some even claimed that Cameron suggested the cast urinate in their wetsuits, in order to avoid taking breaks.

Another legendarily disastrous film production, and reportedly the one that made many studios be pickier about who they chose to direct. The total flop Heaven’s Gate was the end of Michael Cimino’s career, and became a cautionary tale about letting an ego run free.

Cimino reportedly ignored the higher ups at United Artists, ran roughly $13 million over budget, shot 220 hours of footage, and delivered a film over 5 hours long. Certainly a long enough running time that most audiences would get bored long before the end, and hit Bet365 New Zealand casino on their phones instead right here https://megacasinobonuses.co.nz/bingo-bonuses/.

Where to even begin with the travesty that was 1963’s Cleopatra? The original budget of the film was $2 million, and landed up costing 20th Century Fox $40 million.

That pretty much says it all. Extremely expansive and elaborate sets were built, and rebuilt, Elizabeth Taylor kept demanding ever higher pay as the movie production dragged on, and the director, Joseph L. Mankiewicz, was fired and rehired.

Last we have the movie that more or less ended the stardom of Kevin Costner; Waterworld. The movie did not flop, and was technically a financial success, but still, to this day, had one of the most obscene budgets in history; $175 million in 1995.

Among the difficulties were endless fights between Costner and director Kevin Reynolds, multiple injuries, a hurricane destroying sets, and Costner very nearly drowning on set.