The world of video games is massive, so much so that it is now considered the most lucrative entertainment industry in the world. The industry also has a long and interesting history, stretching back to the days of the very first consoles. What this means on both, by extension, is that there sure is some fascinating trivia if you start digging around.

Here are some facts about the video game industry you probably didn’t know. Feel free to use them next time you’re looking to strike up a conversation.

The Arkham Series Was Originally Rhythmic

Everyone knows the Batman Arkham series. It turned out to be a smash hit, bringing the Bat to life in a way never before seen. It also fuelled one of the most innovative, enjoyable fighting systems ever. But speaking of that fighting system, did you know that it was originally designed as a rhythm min-game? Yes, pressing the buttons in time with onscreen prompts, like guitar hero. It was changed later in development, of course, but doesn’t that explain so much?

Mario is basically a part of everyone’s life at this point, so you probably think you have nothing new to learn in that department. But did you know that most of the enemies are named after popular musicians? You can start seeing the pattern almost immediately; Iggy, Ludwig and Lemmy. Plus, don’t forget the Super Mario World triceratops names Reznor. Named after Trent Reznor, of course, from Nine Inch Nails.

Most games have very specialised sound by design. After all, it wouldn’t do to have the same sounds in an online casino Malaysia as your weather app. It would get very confusing, right? Game designers know this, which is why they happen to go to great lengths to get recognisable, original sounds. But have you ever noticed the little ding that sounds when launch a nuke in Fallout 3? That was probably a sound that the designers spent long and hard searching for, right? Scouring the web for the exact right ding. Nope. That is the sound of the lunch bell in Bethesda, used to inform the developers that lunch is ready. Someone decided it was the perfect sound for a nuke launching, and hey presto, there you have it. 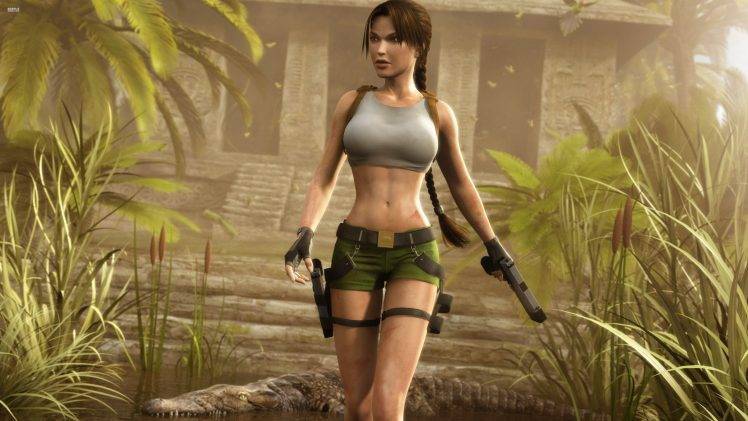 Given how iconic Lara Croft is, you’d think that she was carefully designed from the ground up. But it isn’t as specialised as all that. The designer, Toby Gard, first wanted a character like Indiana Jones, which is obvious. But in order to avoid looking like they were just copycats, they instead made the character female, and called her Lara Cruz. At the last minute, it was decided to instead make the character from the United Kingdom, in order to make it appealing to one of the biggest video game markets. So, Toby Gard opened up a phone book, looked for a surname that sounded British, and landed on Croft.