Intriguing Facts About The Theatre 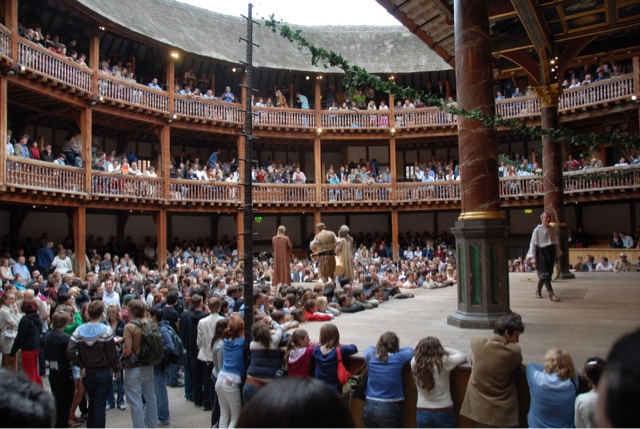 The theatre is a strange and magical place, and it has been for several centuries. We’ve rounded up fun facts about the stage and the audience that will give you the edge at your next pub quiz!

Modern theatre has its roots in Ancient Greece, with theatre’s origins thought to go back as far as 535 BC. However, the first written legend that was technically a play prototype was penned in 300 BC.

After the dawn of theatre in Greece, it took around 200 years before the first painted scenery and stage machinery was added.

Initially, the church opposed theatre and even banned religious plays.

Theatre is not a Greek or even British tradition; America also embraced the theatre and the first stage was built in Virginia in 1716.

If you say the word ‘Macbeth’ in a theatre, tradition – or superstition – dictates that you must either walk 3 times in a circle, or spit and say a cuss word.

In the past, heckling of the cast was a strong tradition in many plays, and the word exsibilation referred to the hissing of a poor performer by the audience.

In an 1855 book written by G.H Lewes the word ‘deuteragonist’ came into being. It refers to the second actor in a story – or the person in a supporting role- to the protagonist.

Originally, to explode meant to hiss or boo an actor until they walked off the stage.

A play by William Wycherley can be credited with the idea of the background being the part of the stage that is the furthest away from the audience.

There is as much real life action in the theatre as there is in Aussie online sports betting; just think of Andrew Lloyd Webber’s story The Phantom of the Opera!

Theatre has been responsible for several deaths over the years, some accidental, some intentional, some acted, and some just downright bizarre. In 1782 a lady died laughing at The Beggars Opera, and her cause of death was deemed to be the humorous show she was watching.

French actor, poet and playwright Molière died while performing one of his own plays. He collapsed on stage and died while playing the role of a hypochondriac. A true case of life imitating art, or vice versa!

The Romans were well ahead of the times when it came to woman acting. Following the Roman Empire, women were allowed to act in plays, pipping England to the post by a long mile. It was only in 1660 that the English let ladies grace the stage, until then, all female parts had been played by men.

Theatres are hotbeds of frustrations and emotions for many, but in New York a riot once broke out in a theatre when actors argued over who was better at acting in Shakespearian plays.

The expression ‘the plot thickens’ was first used in a 1671 George Villiers play, The Rehearsal. This play also uses the phrase Hip-Hop!