Brush up on your South African Trivia

As the second most visited location on the African continent, South Africa is a favourite destination for many global travellers.

Not only does it feature three capital cities and incredible landmarks, but it is also home to the Big 5 and other impressive wildlife – but you probably already knew that.

It is the Rainbow Nation

With 11 official languages and a couple of unofficial ones, South Africa is home to so many different cultures and traditions.

As a result, Archbishop Desmond Tutu used the term Rainbow Nation to refer to the diverse country and it has stuck ever since.

They are the second-largest fruit producer in the world

Apricot chutney is one of the country’s best exports as well as the other seasonal fruits and vegetables that are sourced locally.

There are over 100 wine estates in the Winelands

Wine lovers, this one is for you. The Cape Winelands is home to the oldest wine industry outside of Europe and is home to some exceptional blends. The region is the ideal climate to create award-winning wines, and the locals are certainly using this to their advantage.

With over 100 estates to explore, you are spoilt for choice when it comes to sampling some of the best wines – paired with gourmet foods. This is an experience you do not want to miss. 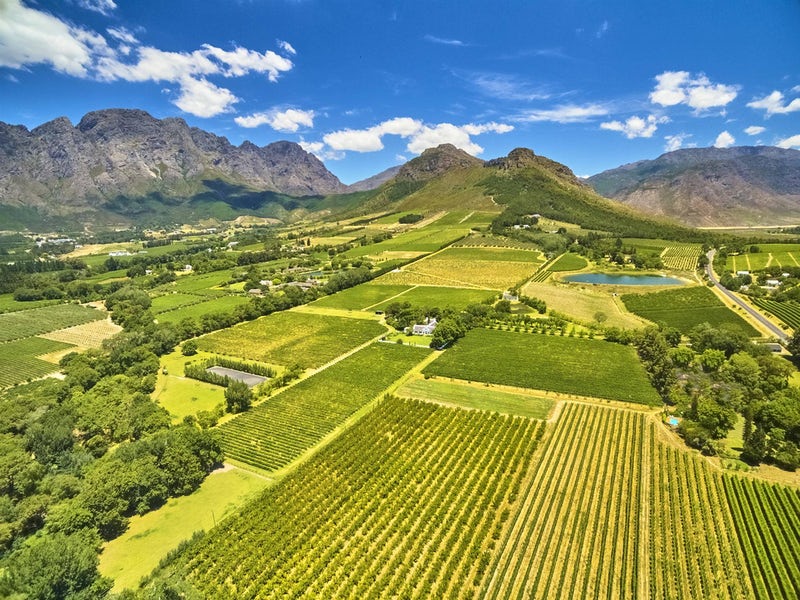 The Kruger National Park spans over 19 624 square kilometres and is the perfect place to go on safari. The roads have been well-maintained while respecting the beauty of the natural surroundings.

You can get up close and personal with the Big 5 as well as over 100 reptile species, 500 bird species, and 150 species of mammals. Interesting fact, South Africa is home to the biggest bird, largest fish, fastest land mammal, and the tallest animal.

It was the first African country to recognise same-sex marriages

In 2006, well before you could buy Bitcoin and cryptocurrency, South Africa took a bold step forward and became the first country in Africa, and the fifth in the world, to recognise same-sex marriage.

Their constitution even prohibits discrimination based on sexual orientation.

They host the largest cycle race

It is a scenic race, albeit incredibly challenging.

This famous landmark is older than the Alps and the Andes and is home to 900 hiking routes.

Two Nobel prize winners grew up on the same street

Vilakazi Street in Soweto was once home to Archbishop Desmond Tutu and former President Nelson Mandela. Their efforts in ending apartheid are a moment in history that the world will forever remember.

The diverse nation of South Africa is rich in history and is truly something to behold. It also makes for some great facts for your next trivia night.